Pag Island is famous for its rich gastronomic offer. Before all, it is the island of cheese and lamb meat. This is the place where you can try one of the best sheep milk cheeses in the world, which is carefully produced by the women of Pag Island. Besides cheese there is also Pag lamb meat, which is widely known as the best in the area, as well as in the whole world. The distinctive feature of the cheese and the lamb meat is the fact that the sheep graze aromatic herbs and grass spiced with Pag salt blown onto the vegetation by the strong northern bura wind, which sometimes blows at a speed of more than 200 km/h.

It is incredible that several thousand varieties of medicinal plants grow on the island of stone, or as many call it, the “Moon island” and the plants are special because of the bura wind and salt. The Pag Island cheese has received several awards, both in Europe and worldwide.

“Paška sirana” was opened in Pag Town, and in Kolan, the cradle of Pag cheese, the cheese factories “Gligora” and “Mih” were opened. There are 50 000 sheep on Pag Island, and approximately 1 000 kg of cheese is produced each year. In Kolan almost every family lives off sheep farming and cheese production.

The restaurants on the island sell their lamb meat and cheese, as well as other products which this island has plenty of. Fish, squid, octopus, shrimp, lamb roast or grilled lamb, Pag cheese, Pag curd, and many other dishes are part of the cuisine of the island.
Lun olive trees are virtually thousands of years old and considered to be among the oldest in the world.

Olive oil from Lun, a small village on Pag Island, will amaze you with its originality and quality. Every family here and throughout the island produces and sells its own olive oil.

Because of the aromatic herbs that are also harvested, bees produce sage honey which has an excellent taste and many healing properties. Finally, we would like to mention the famous winery Boškinac which produces top quality wine. It is located at the luxurious family hotel hidden among the vineyards, and it is surely the most beautiful place to stay and eat on Pag Island. The restaurant serves all Pag specialties prepared in a modern way. They have excellent locally produced wine, olive oil and all other “Pag specialties”. 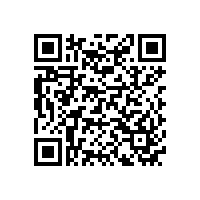 Are you looking for a special offer customized to you?

Contact us with confidence and we will create an offer for you to meet all your requirements. Sara Tours is always at your service.